The Battle of Mosul saw the Iraqi Government and its allies fighting to retake the Iraqi city of Mosul from Islamic State. Peter Broelman’s dark cartoon draws a comparison between the damage suffered by the city, and that inflicted on the federal Coalition as a result of perceived undermining by former prime minister Tony Abbott. 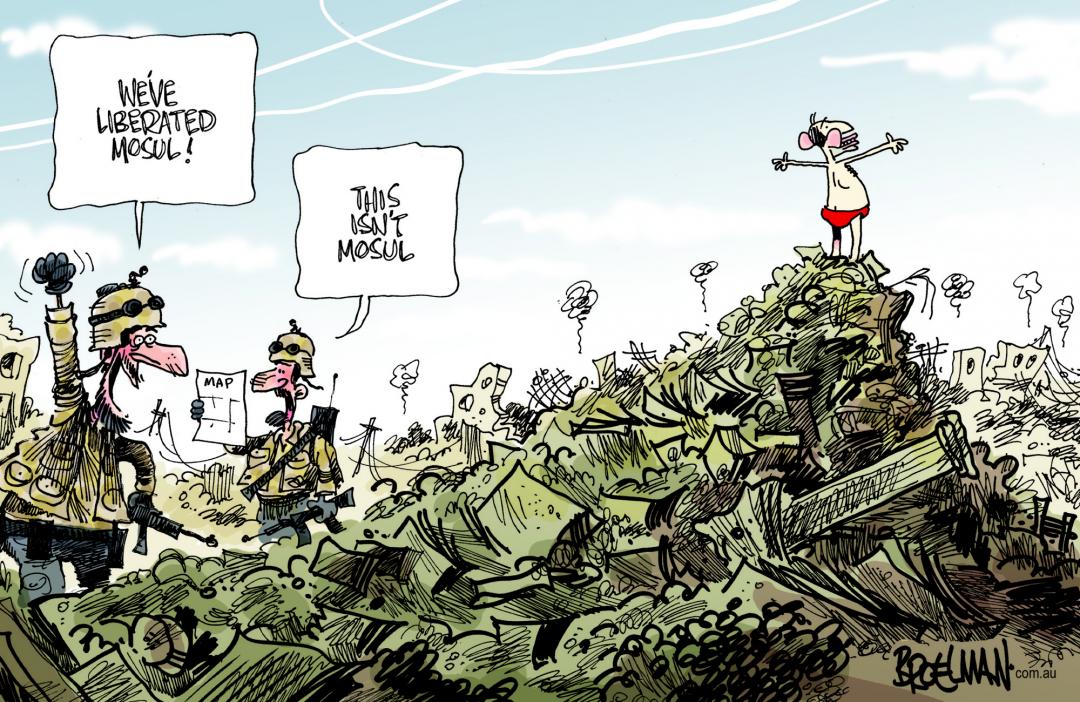