While President Donald Trump’s temperament has led some to speculate on the prospect of him pressing the infamous nuclear button, Andrew Weldon’s novel solution to this potential crisis was later overtaken by real events. In April, it was revealed that a small red button in a box on the President’s desk is used to summon a butler, often to bring him a soft drink. 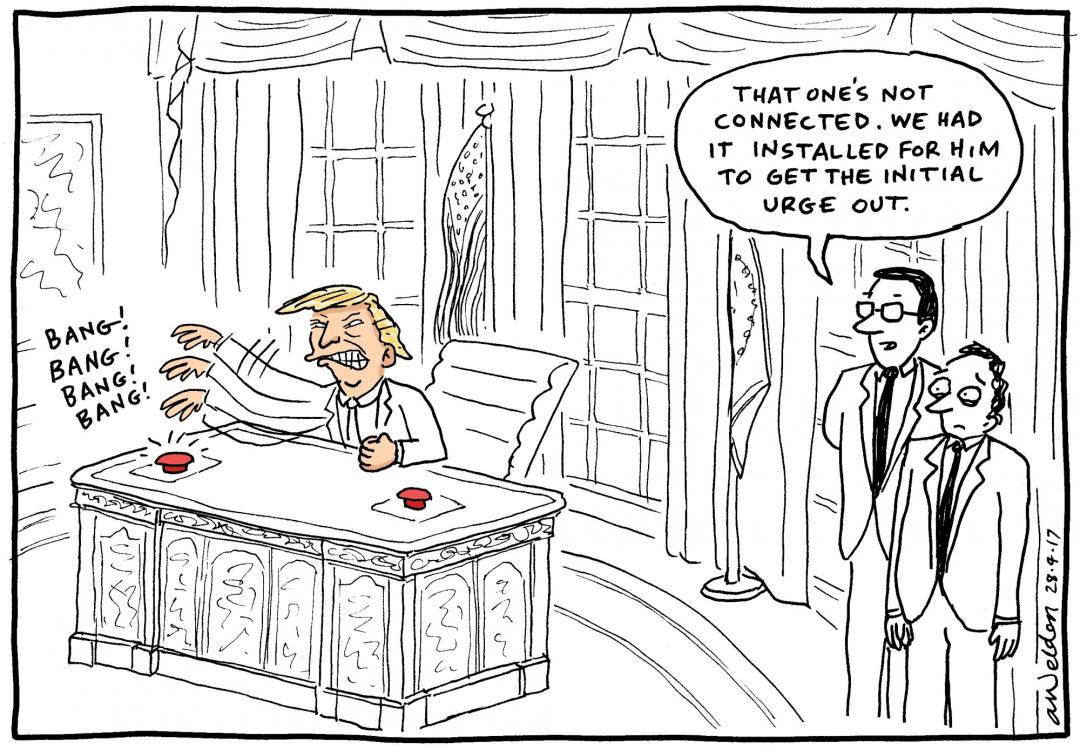