Donald Trump’s reputation as a ruthless businessman has followed him into the presidency, and it has become clear that anger is a familiar emotion for him. David Rowe depicts the North Korean leader Kim Jong Un testing North Korea’s nuclear capability as a way of taunting the President, who has control of the United States’ impressive nuclear arsenal. 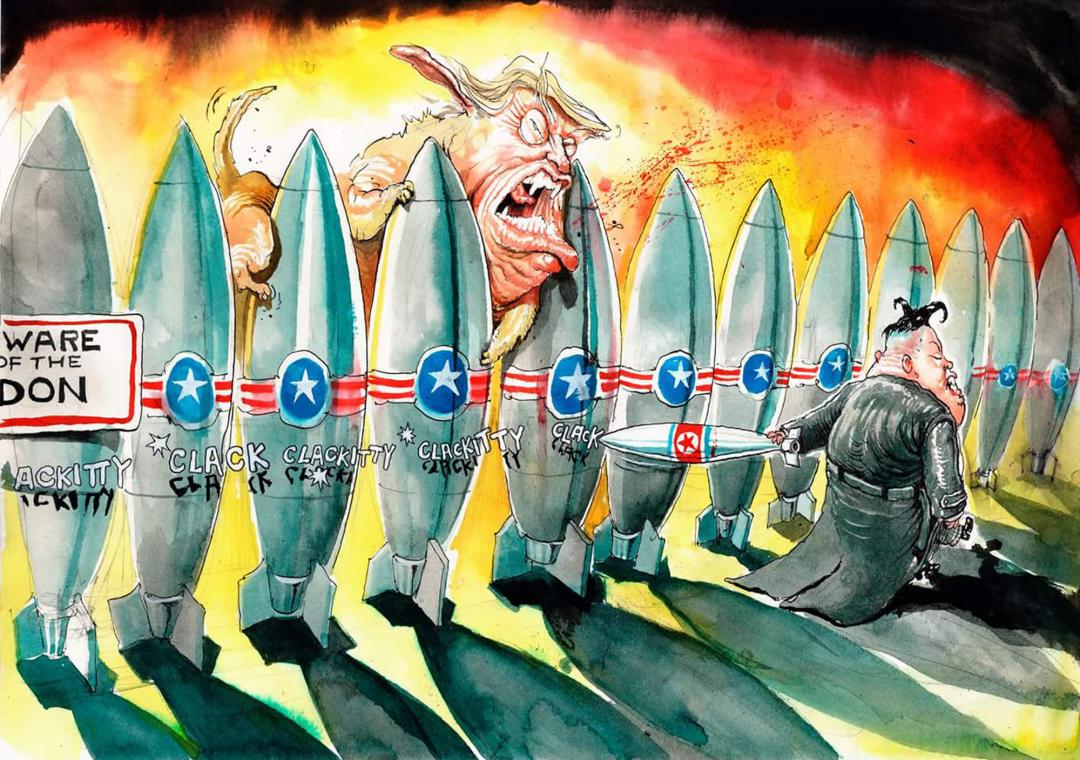