Since his inauguration in January, barely a day has gone by without the President of the United States, Donald Trump, dominating front pages around the world. With his compelling Twitter habit and outspoken responses to issues, Trump became one of the most visible faces of the year. Cartoonists have focused on Trump and his blustering public exchanges with North Korean leader Kim Jong Un, provoking slightly nervous laughter from us in this worrying state of affairs. 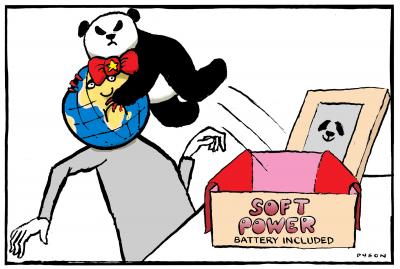 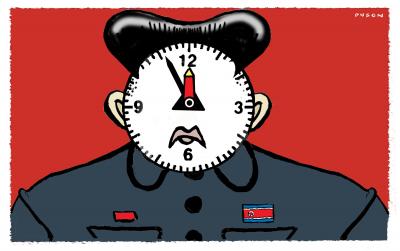 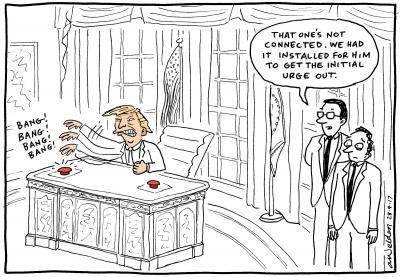 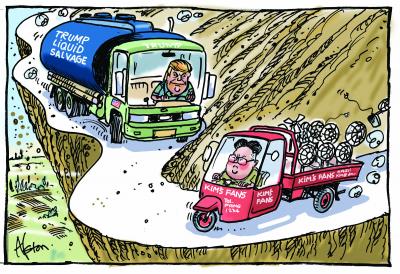 The Ordure Hits the Fan 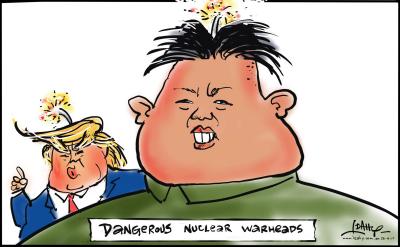 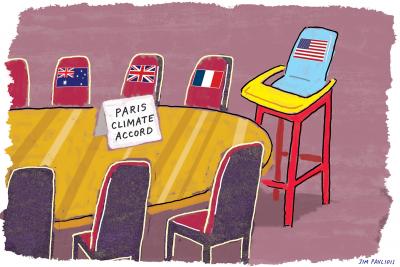 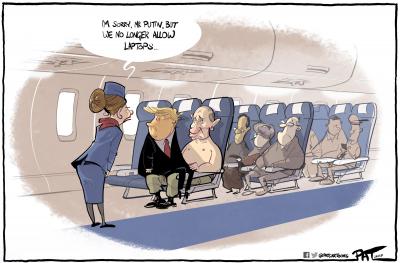 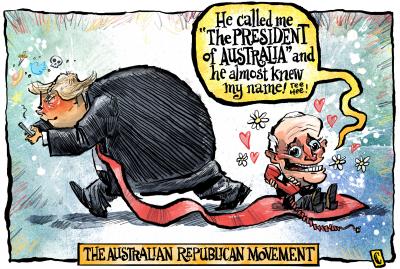 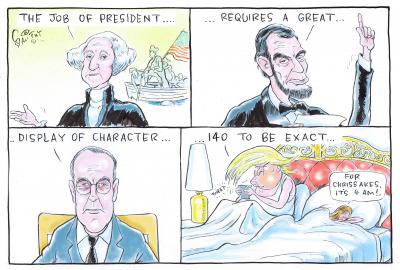 A Display of Character 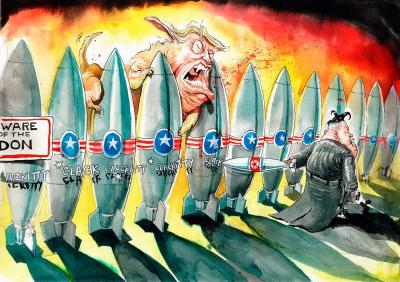