In what many saw as a nod to the positions of Bernie Sanders, Hillary Clinton’s Democratic Party challenger for the 2016 US presidential election, and British Labour Party leader Jeremy Corbyn, who nearly won the UK election, Opposition leader Bill Shorten targeted inequality in a July speech to the Melbourne Institute. While the West Australian’s Sarah Martin described Shorten as ‘positioning himself as the champion of the downtrodden’, Jon Kudelka wondered about the details. 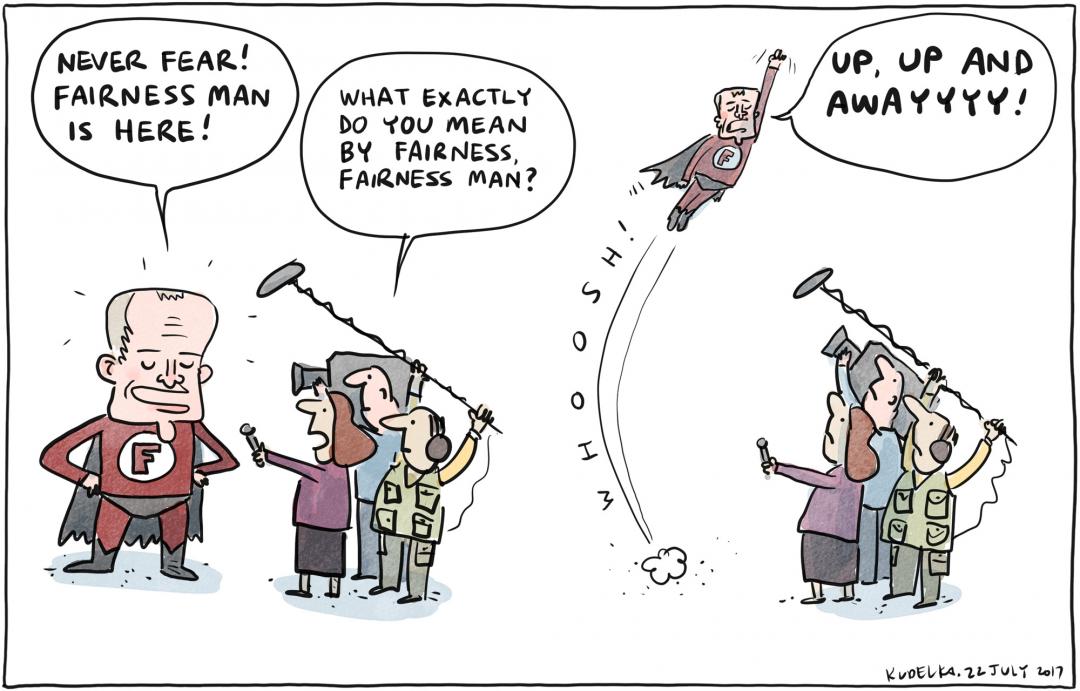