The week this cartoon was published the election result was too close to call. Roy’s ‘knifed’ and ‘knife edge’ references remind us of Bill Shorten’s role in the downfall of former prime minister’s Rudd and Gillard, as well as  and Malcolm Turnbull’s role in toppling prime minister Abbott. 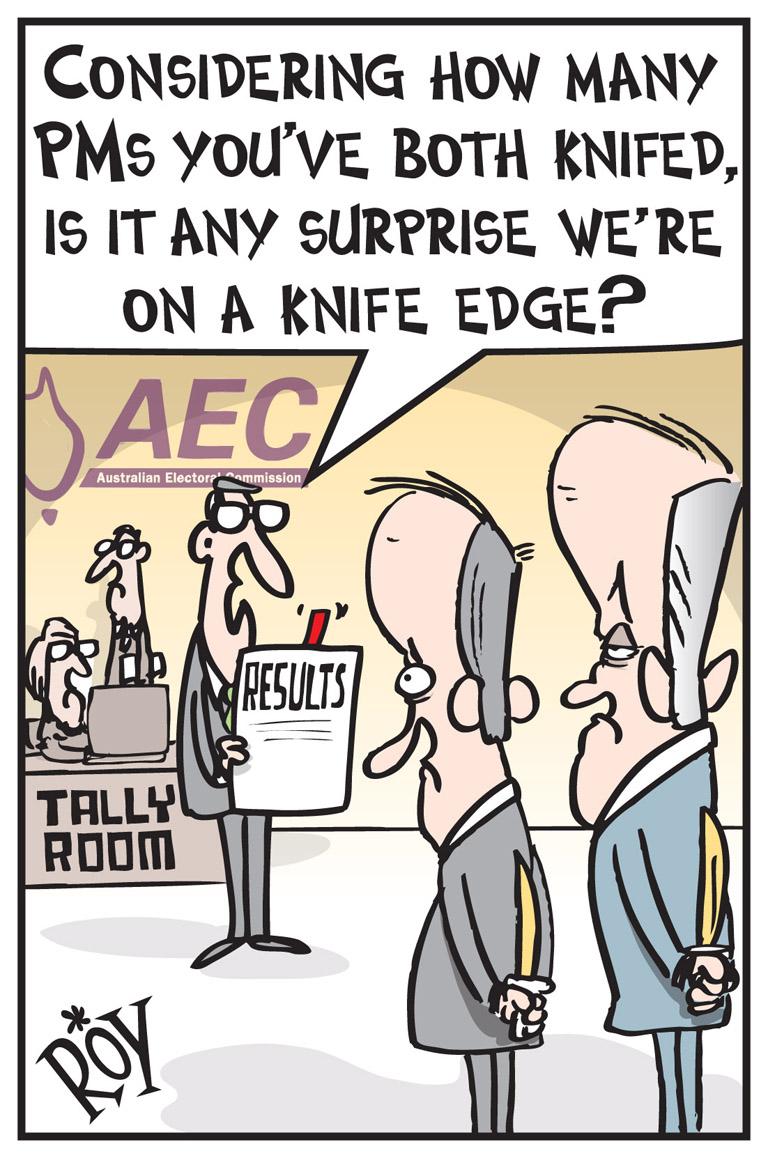