A hung parliament? A deal with the independents? A Senate win for Pauline Hanson’s One Nation Party? No wonder that, with a plummeting primary vote, the Prime Minister’s conservative critics failed to sound his praises. In her cartoon Katauskas lampoons one arch-critic who called for Malcolm Turnbull to resign on election night because he had failed to deliver 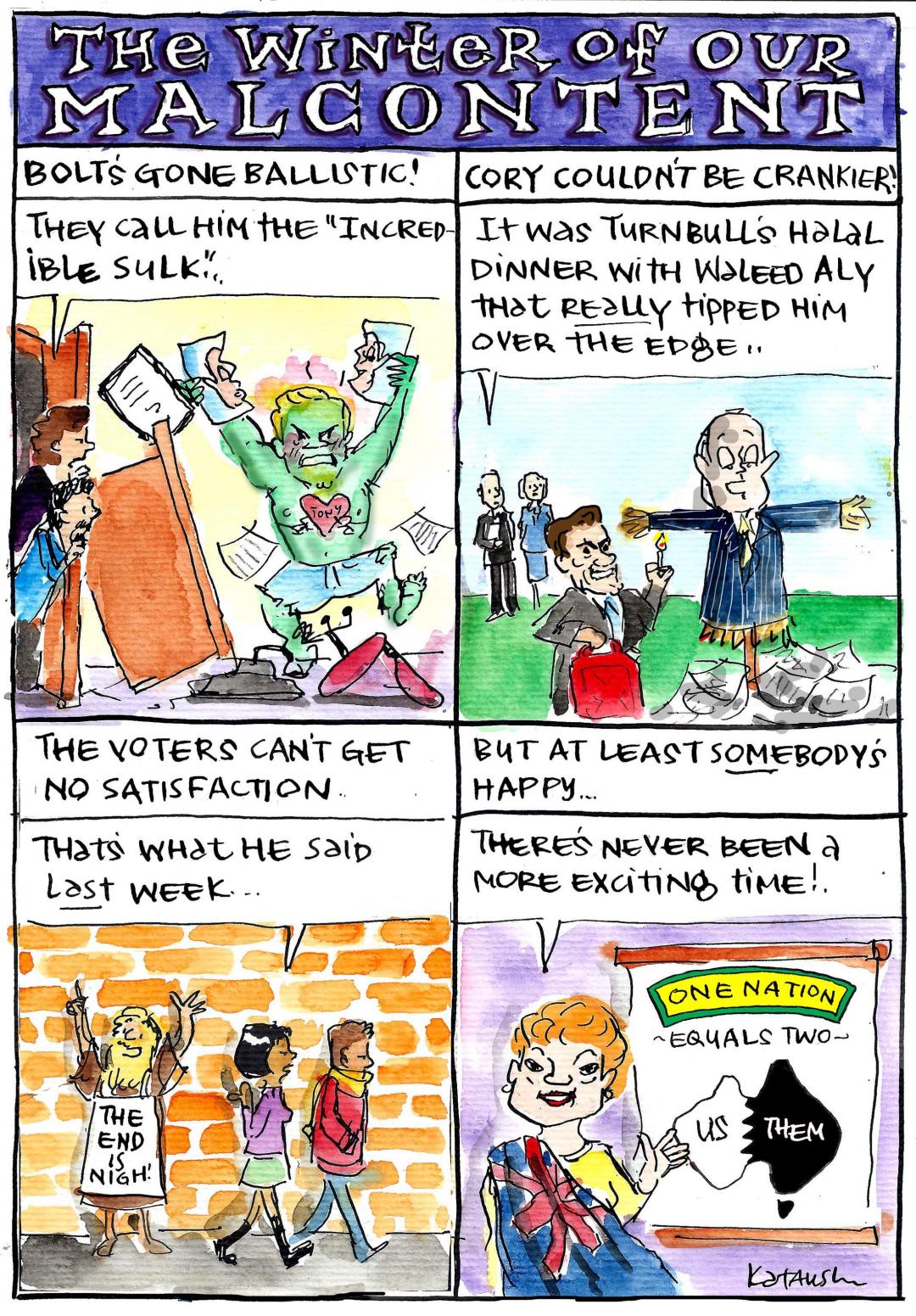