The Voice of Marriage Equality

“Marriage equality had hit the headlines when Barack Obama announced that America would legalise same-sex marriage, just like Ireland and New Zealand had done previously. The Voice reality TV show had also just begun airing on Australian television. In the show the coaches are enticed to turn their chairs if they like what they hear. I thought that this would be a great metaphor for Tony Abbott’s stance on marriage equality.” 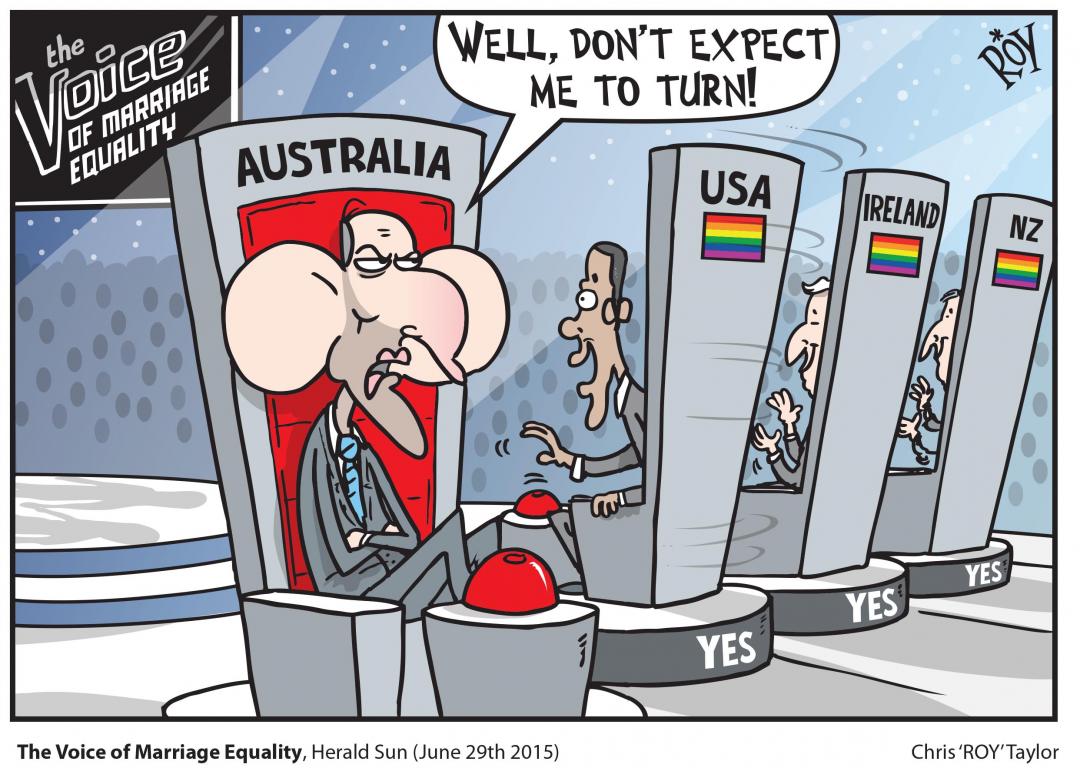