The Front of Burke

“I drew the cartoon when it was revealed that Labor’s chief lower house strategist, Tony Burke, who had led the charge against the then Speaker of the House of Representatives, Bronwyn Bishop, for her abuse of entitlements, had charged the taxpayers more than $12,000 for a trip to Uluru with his family. Subsequent investigations showed Mr Burke had claimed more than $4.6 million in taxpayer-funded expenses since July 2008.” 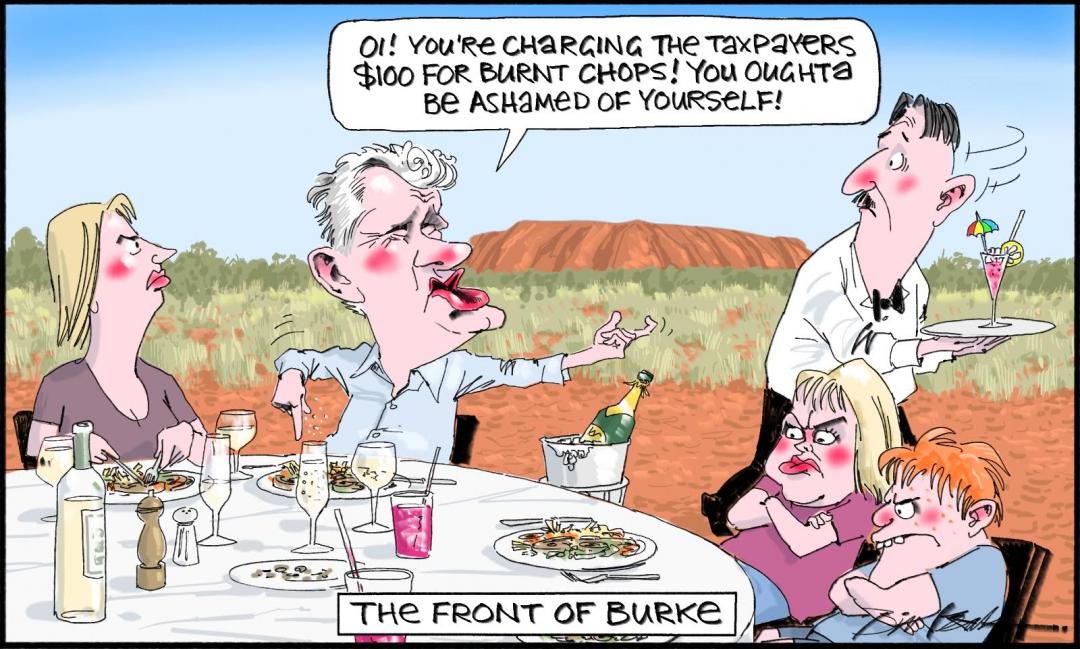