“After hearing of the tragic event I thought of Eugene Delacroix’s famous painting, Liberty Leading the People, which symbolised the French peoples’ fight against oppression, and for freedom of expression. The idea was to take the guns away and replace them with pencils and pens to show how Charlie Hebdo expressed their ideas, and that the old saying ‘the pen is mightier than the sword’. Chris Taylor (ROY), who I work with, liked the idea and helped with the computer aspects of the cartoon, and in a show of solidarity we put both signatures on the cartoon.”

“News had broken in the early hours that there had been an attack on the French satirical newspaper, Charlie Hebdo. Sadly, it became apparent that employees from the paper, including cartoonists, had been murdered. So, in collaboration with fellow cartoonist David McArthur (Macca), we set about trying to create a cartoon that encapsulated what had just happened. We felt that by placing our names side-by-side, and creating a cartoon together, this would symbolise our unity and respect for the cartoonists and employees that had been murdered. 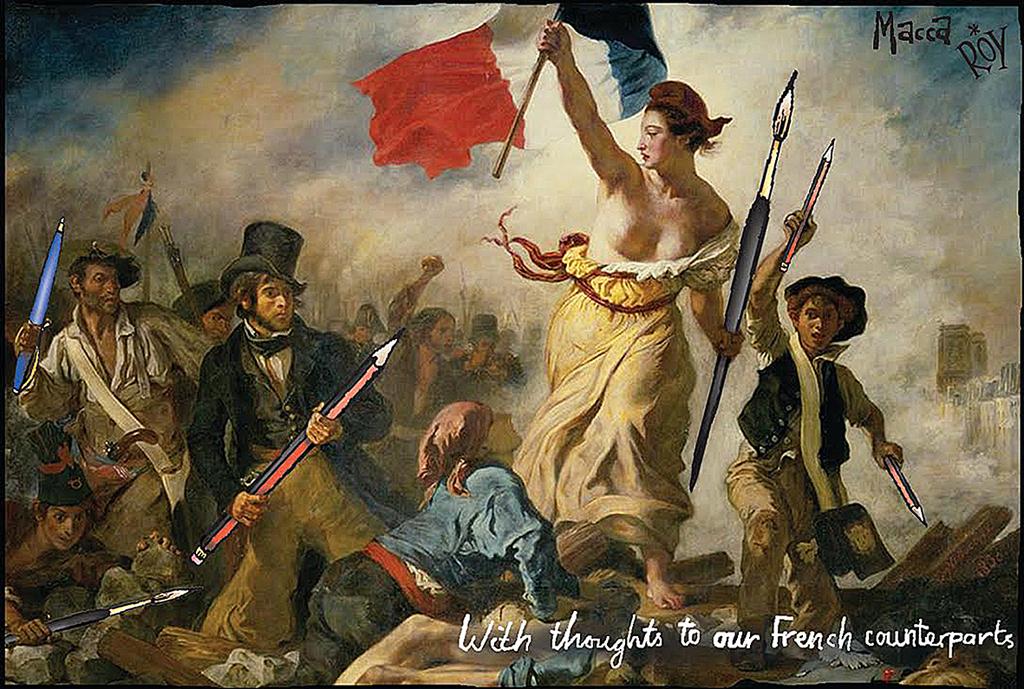