On 1 December 1805, Napolean ordered his men to make a ‘panicked’ retreat from the Battle of Austerlitz in the hope that the Allies would be tricked by his change of plan. This cartoon draws on the similarity between the retreat from Austerlitz and the Abbott government’s retreat from 2014’s budget austerity measures. 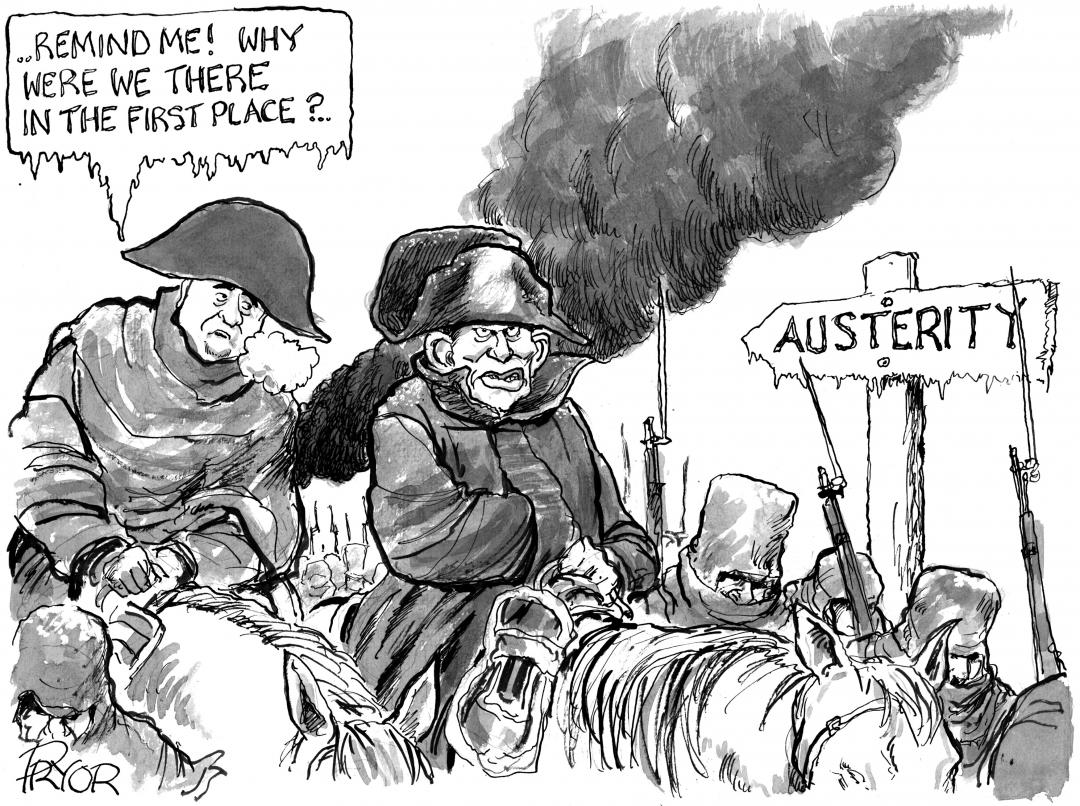