In August 2014 Clive Palmer apologised to the Chinese ambassador for insulting the, “Chinese people everywhere … I wish to assure them they have my most genuine and sincere apology.” When PUP senator Jacqui Lambie aired her concerns about Chinese intentions to invade and enslave Australians she said, “I don’t see why I would offer an apology when I’m actually speaking about the Chinese communist regime.” 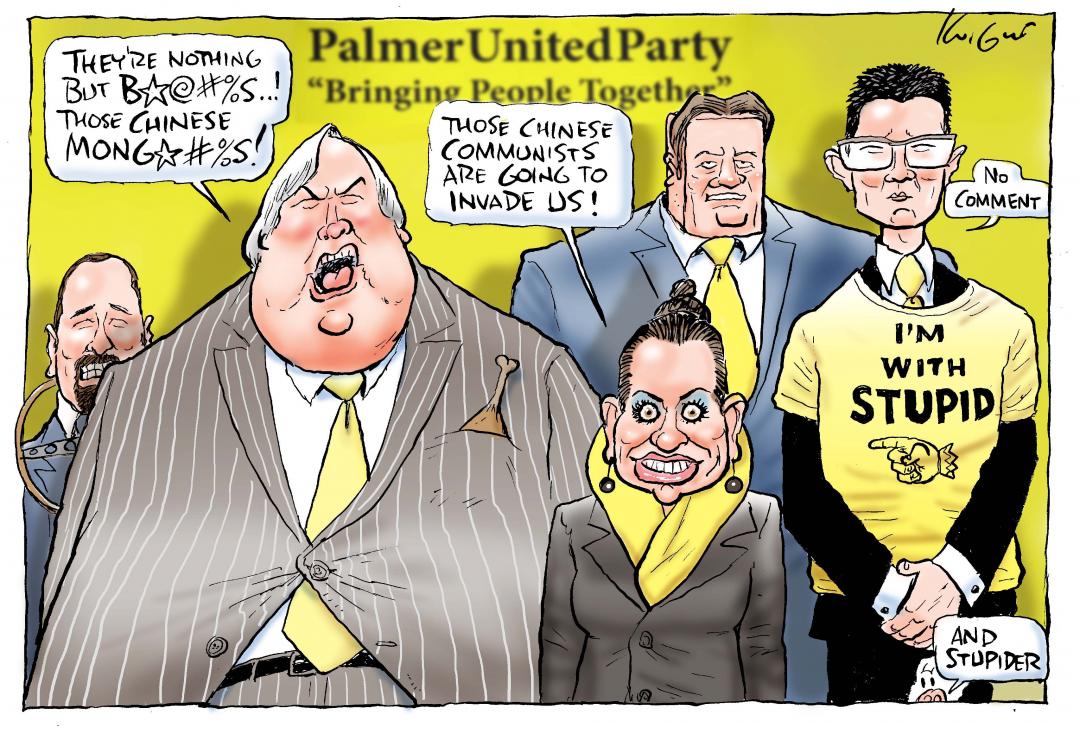