“Year after year, the issues seem to repeat themselves in Australian politics including the state of party politics in general. My drawing is quite time consuming as I sketch in pencil, paint the colours in then draw the linework. Thinking up the idea is 90% of the work. Sometimes a cartoon pops fully formed into my head, other times it builds slowly. The four panel cartoons take around 5-8 hours.” [Fiona Katauskas, 29 September 2014]. 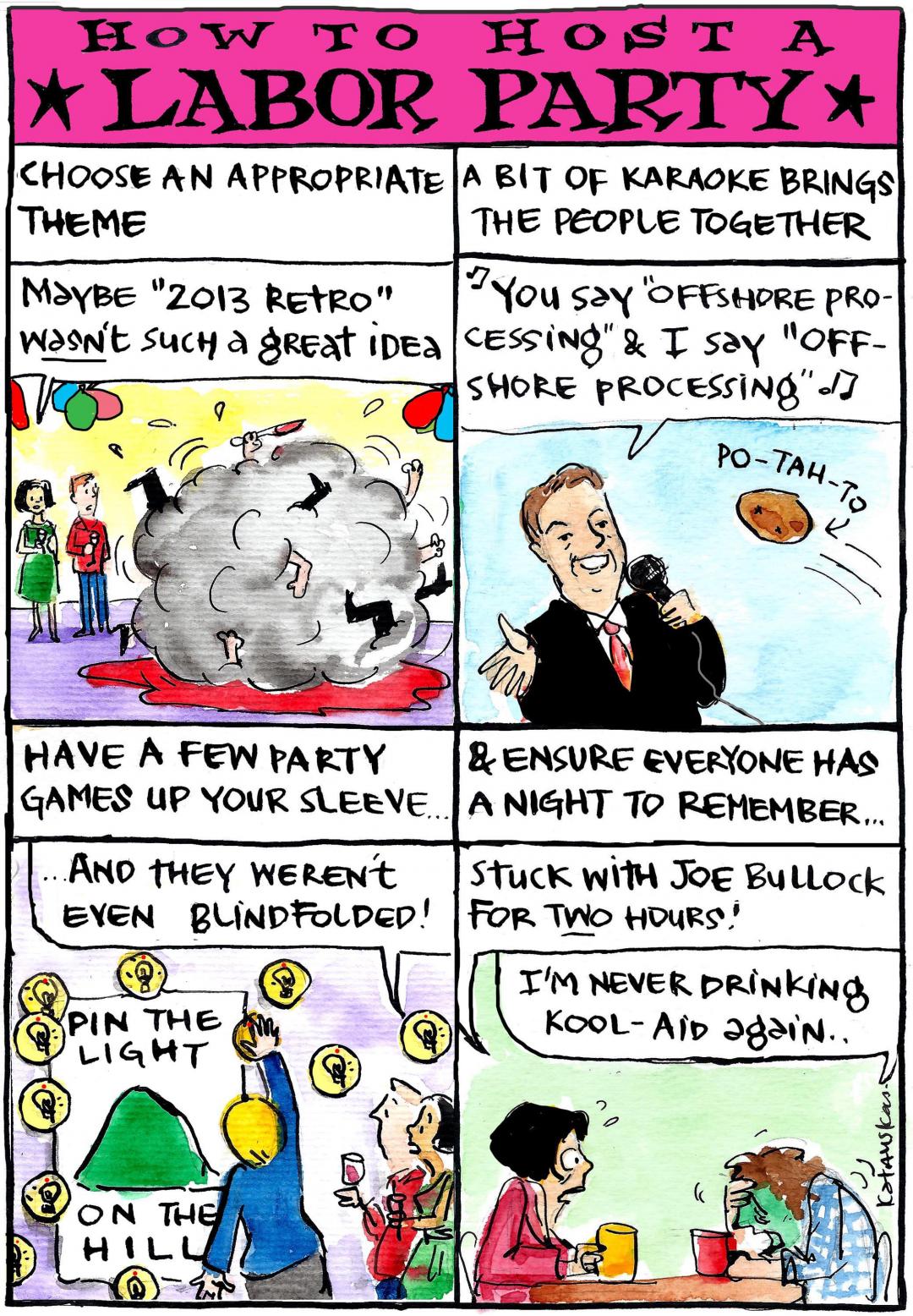