“The arrival of the Whitlam era felt like a benevolent people’s revolution which was marked by strong measures of relief and joy. There was a vibrant cultural momentum, universal faith in and an eagerness for a creative political process, and warm admiration for the prime minister which bordered on collective love. The nature of the political climate in which Gough’s life ended would seem to be the exact opposite – as if the meaning of government, society and the civil system has in significant ways withered and shrunk into a dispirited bad mood; a mentality that has rendered the nation too culturally diminished, too alienated, fearful, cynical and mistrusting to bear the rich memory and intelligent vision of Gough Whitlam.” 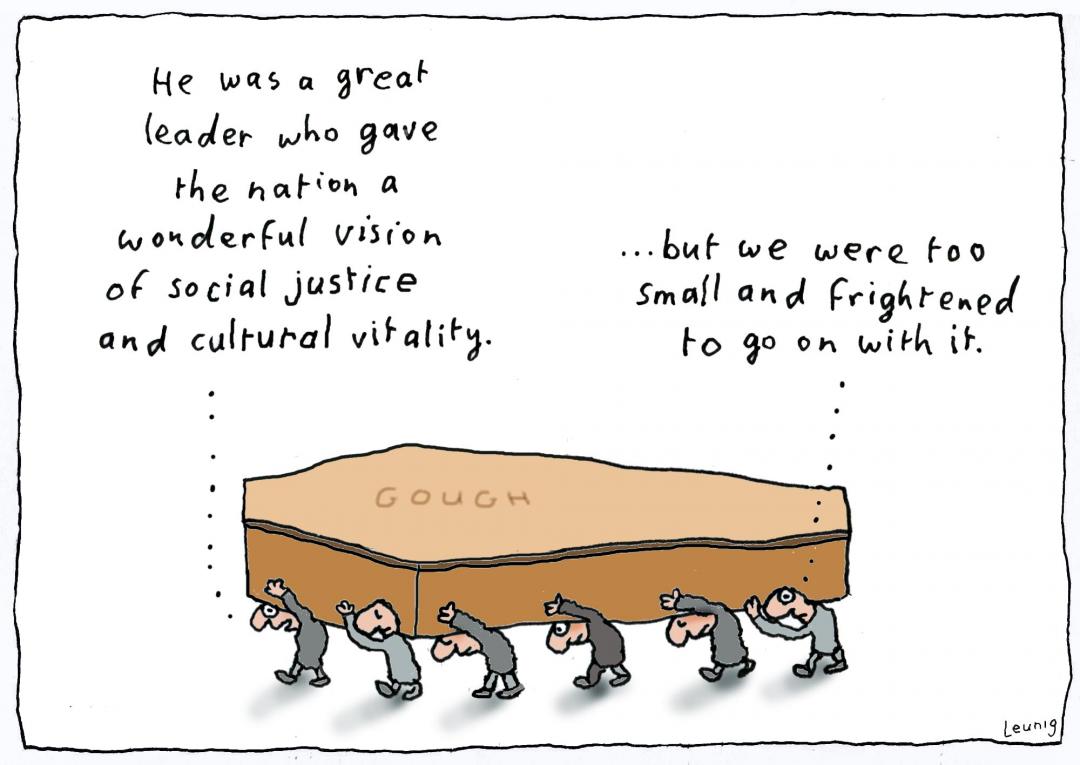