Edward Gough Whitlam served as a Member of Parliament from 1952, Leader of the Australian Labor Party from 1967 and, in 1972, became Australia’s 21st prime minister.

After this long and distinguished political career, he died on 21 October 2014.

As prime minister, Gough Whitlam drove a progressive, reformist agenda that polarised Parliament and voters. His vision and reforms, the tumultuous end to his prime ministership, and his abiding commitment to Australian parliamentary democracy have affected many Australians.

Upon his death, political cartoonists across the nation strove to capture in an image the legacy, or the bond, they felt with the man many simply called ‘Gough’. 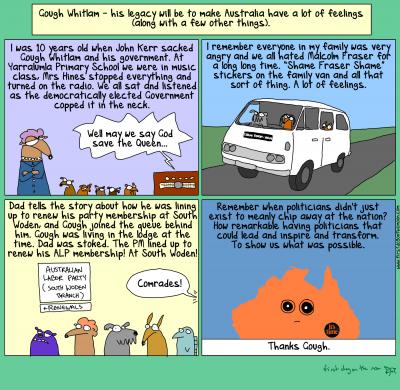 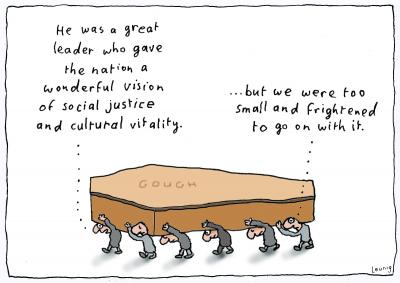 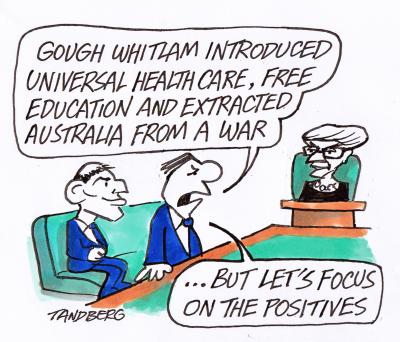