On 22 April 2013 Opposition Leader Abbott unveiled an “illegal boats” billboard in Perth. Overnight, the sign’s boat arrival tally was replaced with a zero and the words “no crime to seek asylum” were also sprayed over the sentence “Labor has lost control of Australia’s borders.” Mr Abbott later said, “You can vandalise a billboard but you can’t change the facts.” 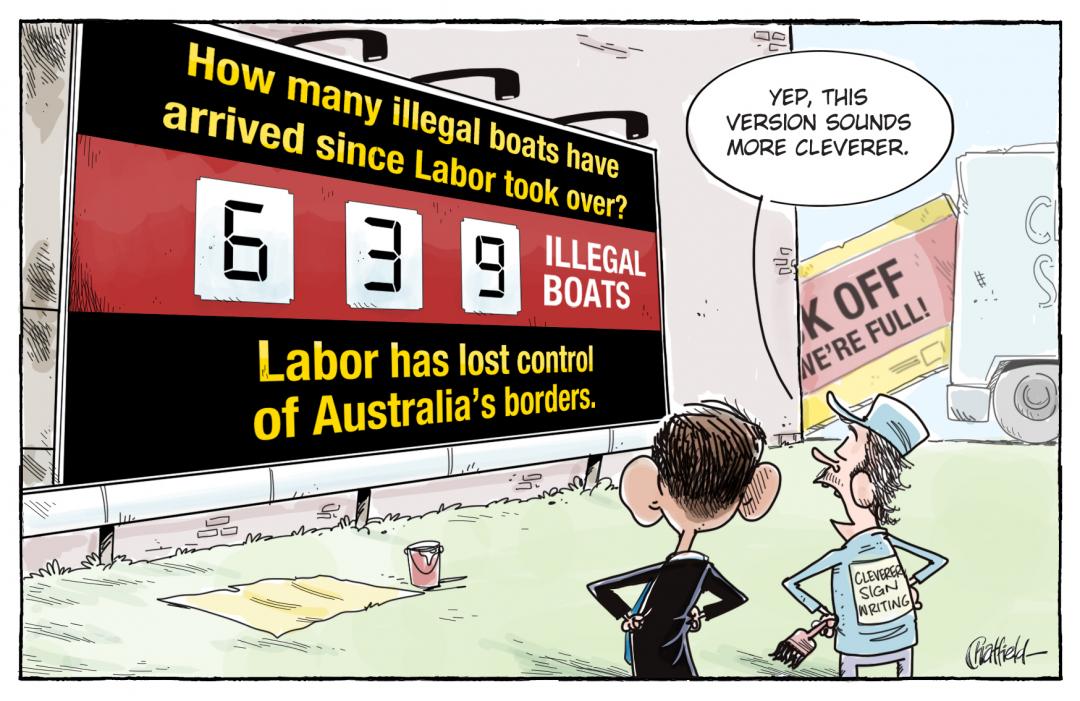