The Coalition’s paid parental leave scheme offered six months’ leave at full replacement wage, capped at $75,000 for six months. Opposition treasury spokesman, Joe Hockey, defended the scheme, funded by a levy of 1.5 per cent of company tax on the country’s largest firms, saying women should not be forced to take a discount on their wages when they had children. 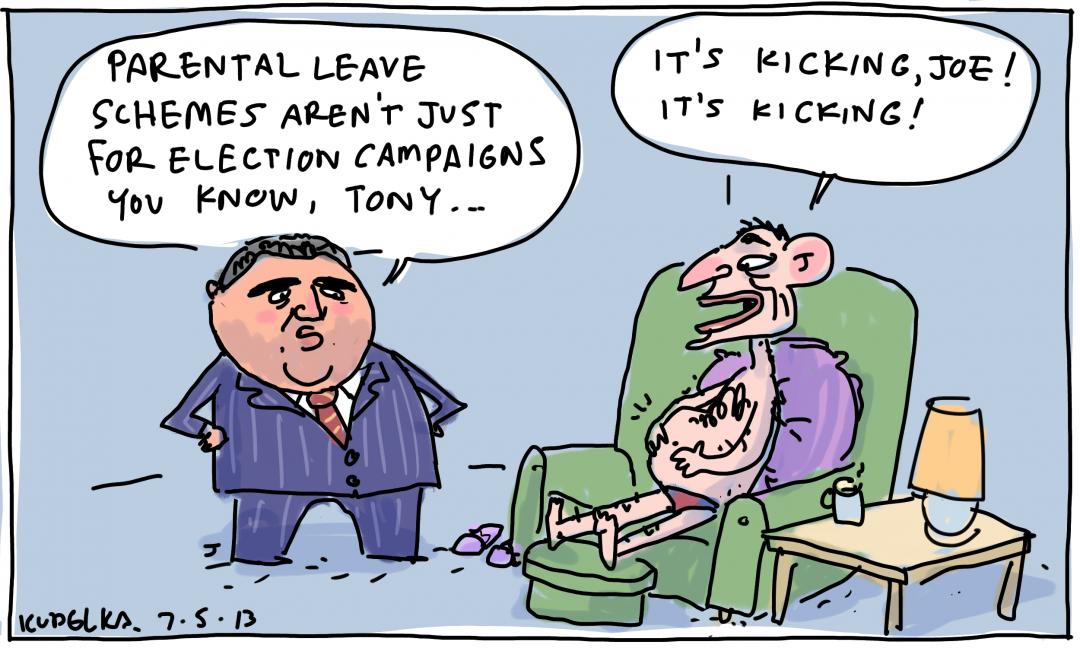