In the early 1960s the Menzies government decided to introduce decimal currency. In June 1963, when no agreement had been reached on a name for the currency, the government settled on the ‘Royal’. Widespread opposition to the name saw it changed to ‘dollar’ just three months later. Cartoonist John Frith has drawn himself looking rather bemused, while Prime Minister Menzies looks very pleased. 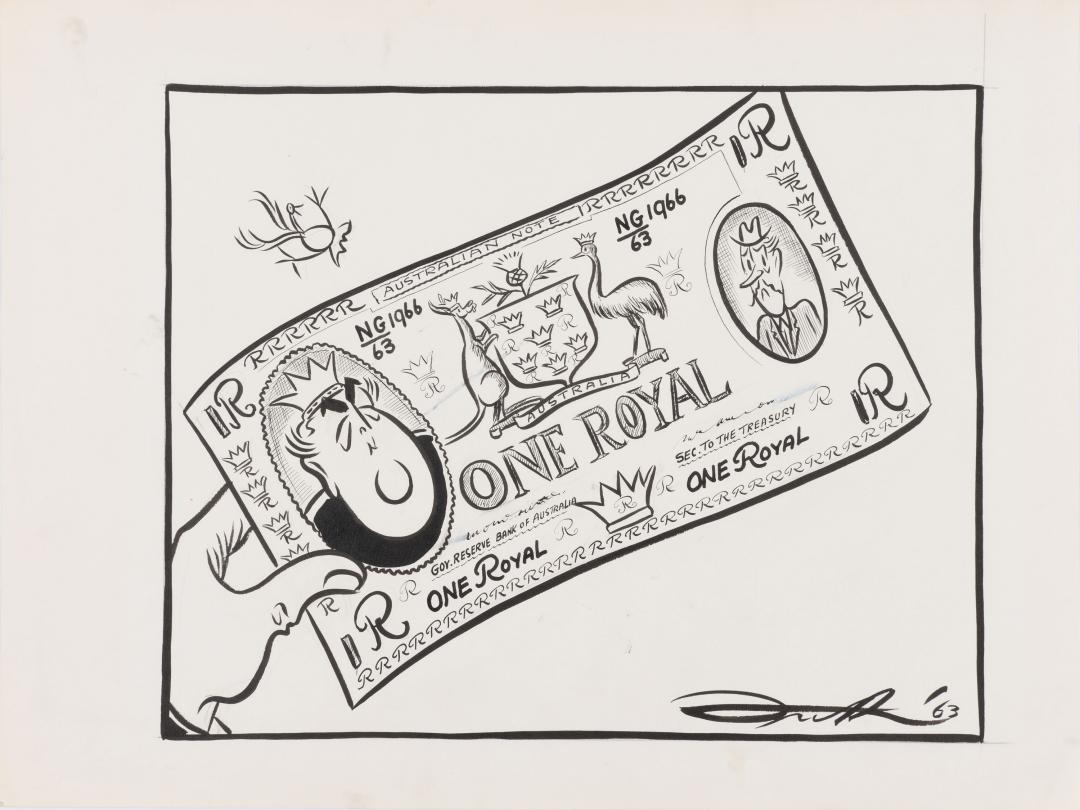