Peter Broelman’s cartoon was published after the results of the Queensland election were announced. It shows the state under Liberal National Party control after a 13% swing. The national map was even more ‘blue’ after a 5% swing to the Country Liberal Party in the Northern Territory in August 2012. 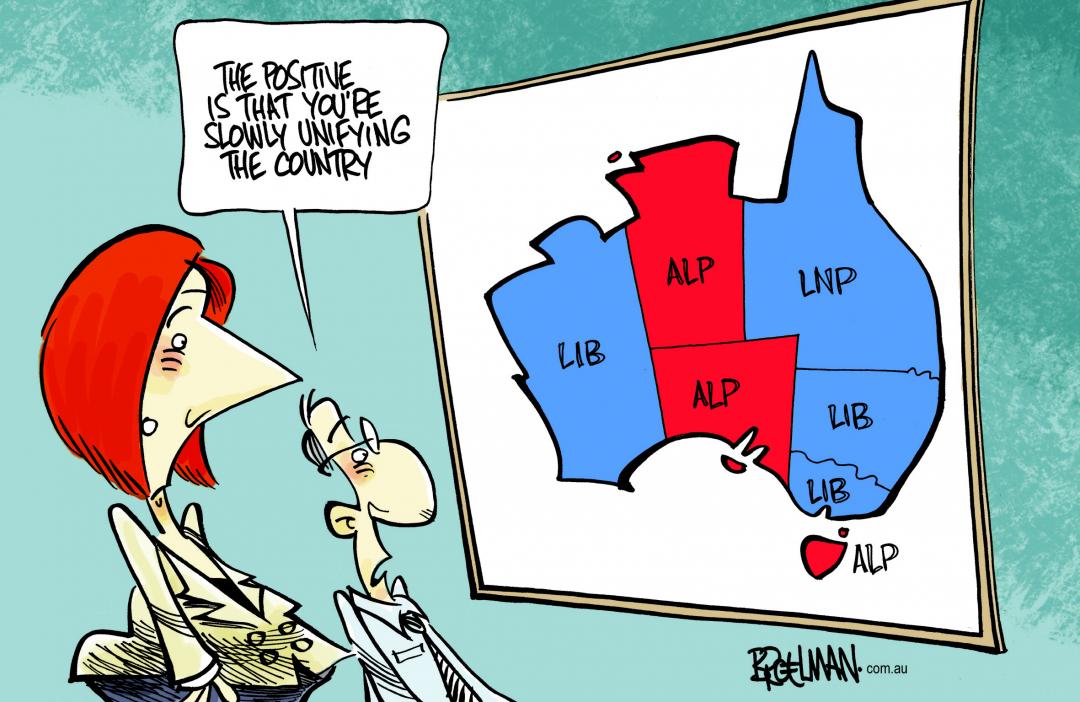