Aboriginal Tent Embassy protesters jostled the Prime Minister and Opposition Leader as they presented National Emergency Medals at the Lobby restaurant in Canberra on Australia Day 2012. Supporters had gathered to celebrate the 40th anniversary of the Tent Embassy, which was nearby. Peter Nicholson depicts the Prime Minister addressing cabinet after the security fiasco. 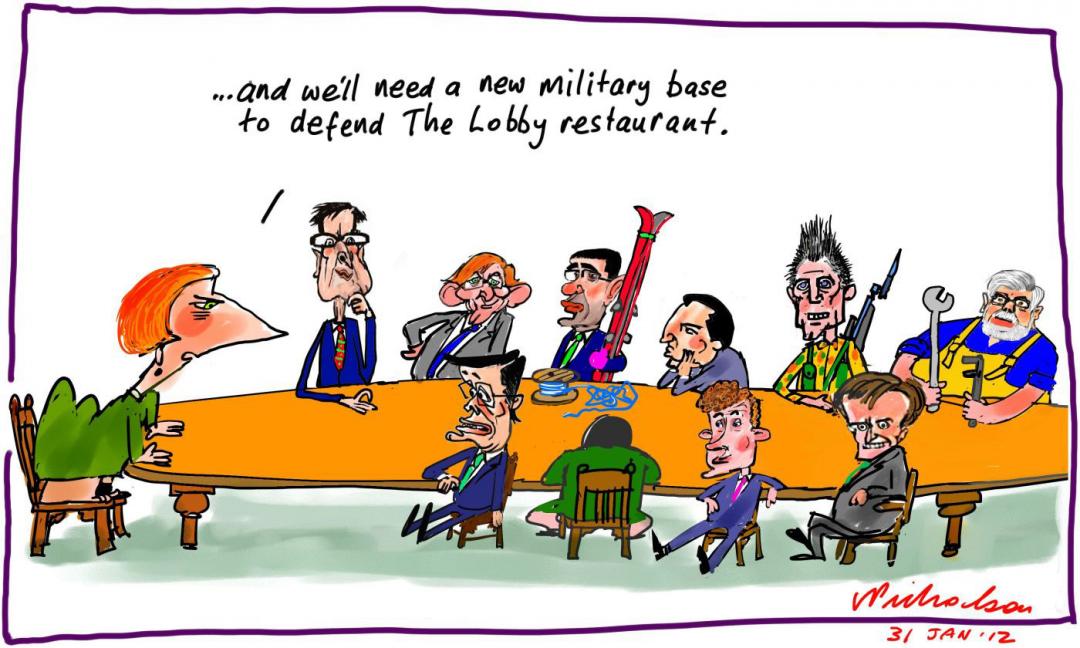