2012 was not without its unscripted elements and January’s legacy included angry protesters jostling the Prime Minister and Opposition Leader after an Australia Day award ceremony. The months that followed saw unpopular ministers and freelancing opposition members banished to the backbenches. April was a busy month: Labor withdrew its support for Craig Thomson and he moved to the crossbench. Greens Leader Bob Brown retired and Senator Christine Milne stepped into his influential shoes. Bob Katter’s Australian Party launched a nationwide drive for candidates after successfully contesting the Queensland election and Clive Palmer’s verbal barbs hit their targets: the Treasurer and the Greens. In October the Speaker resigned but remained in parliament after surviving a motion of no confidence by one vote. The level of political acrimony grew and when the parliamentary year ended voters were as disillusioned as they were at the beginning. 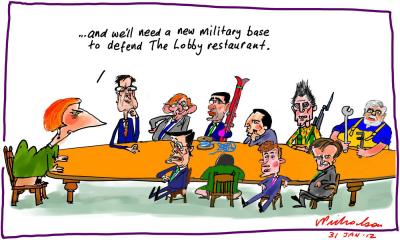 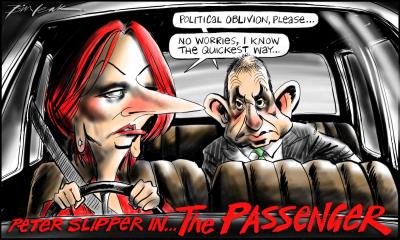 Peter Slipper in "The Passenger" 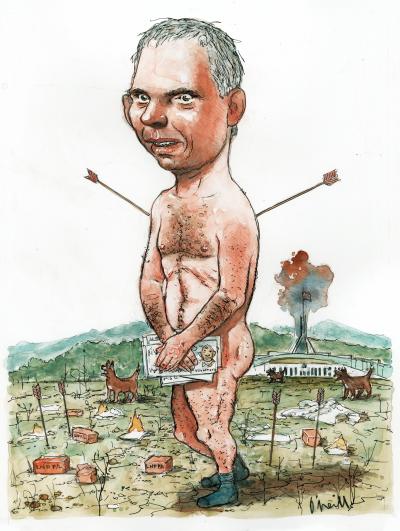 'Tis Only a Flesh Wound 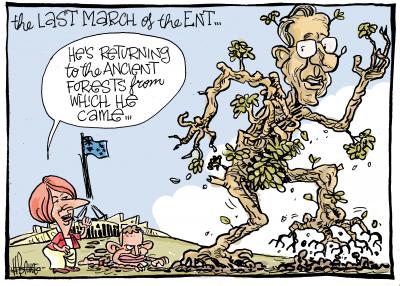 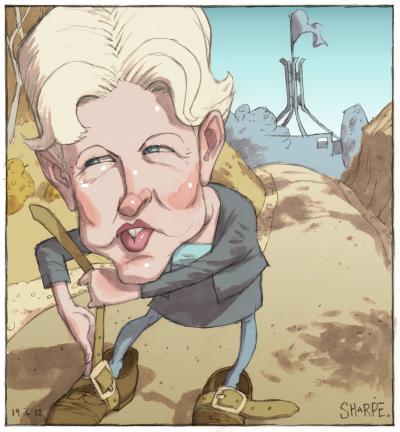 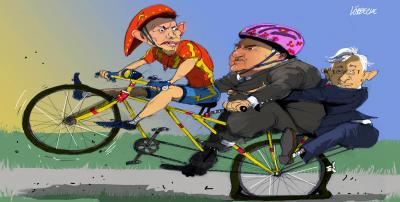 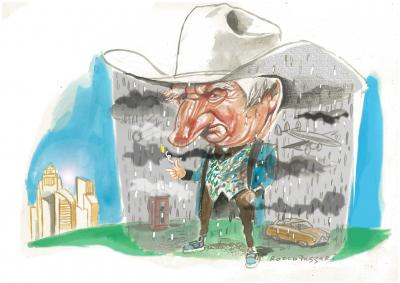 Those Weren't the Days 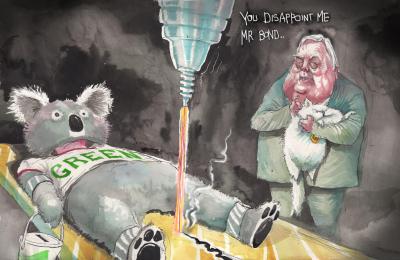 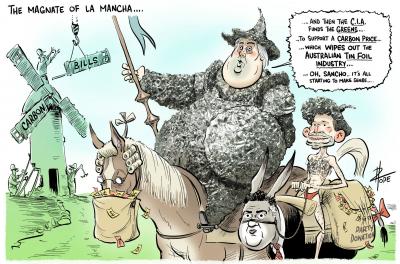 The Magnate of La Mancha 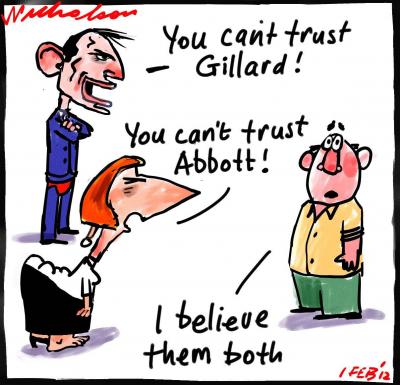