When Peter Nicholson moved to The Australian newspaper in 1994, he began drawing a series of cartoons under the heading ‘Ulysses’. These charted the course of the federal government under John Howard as if on a journey in the style of Homer’s epic work The Odyssey, whose hero was Ulysses. In this cartoon he depicts Howard government ministers in the lead up to the introduction of the controversial Goods and Services Tax on 1 July 2000.

Cartoonists in 2012 also focussed on the introduction of controversial taxes, most notably the Carbon Tax and the Mineral Resources Rent Tax and the way politicians on both sides have used them as political footballs. 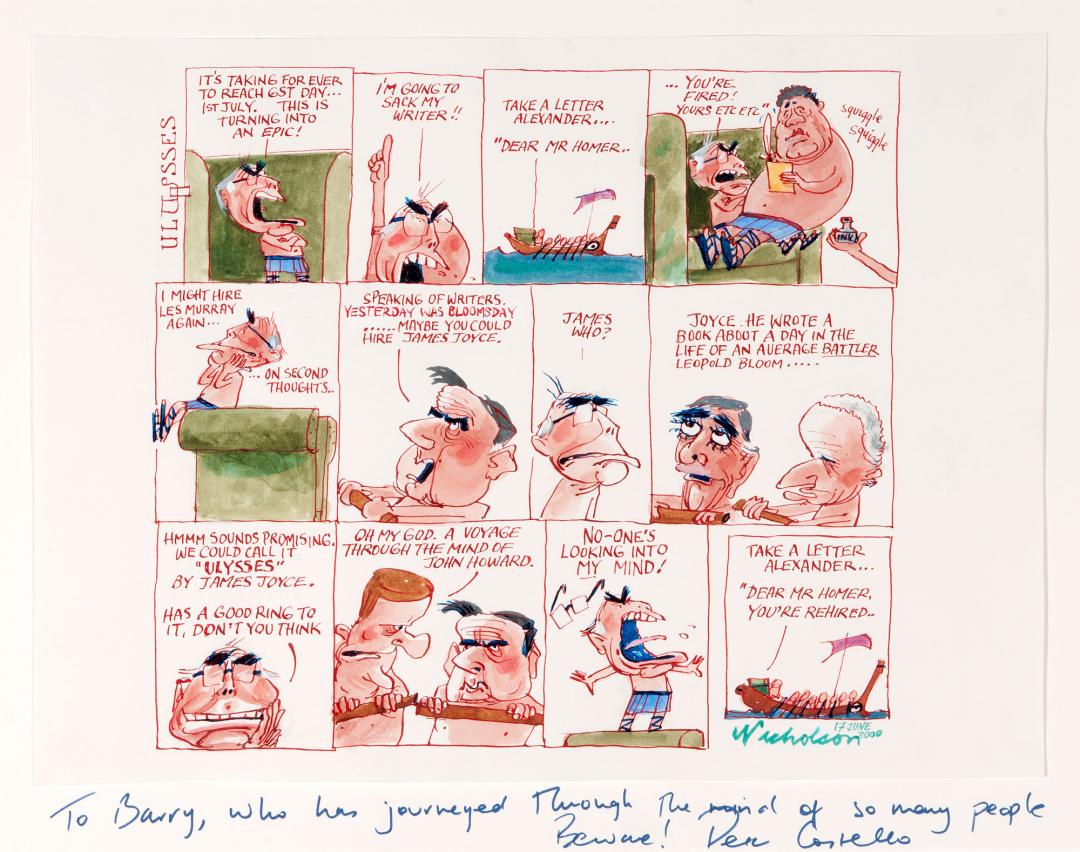