Philip May
The Bulletin

In mid 1888 New South Wales premier Henry Parkes wrestled with the issue of Chinese immigration. At the time, a number of boats carrying Chinese immigrants had arrived in Sydney and Melbourne, leading to widespread public unease and a rise in anti-Chinese sentiment. In May Parkes became involved in a tussle with the Supreme Court over tighter restrictions on Chinese immigration, involving Chinese man Lo Pak.

In 2012 the issue of people arriving on Australian soil in boats occupied the hearts and minds of the Australian public, politicians and cartoonists alike. 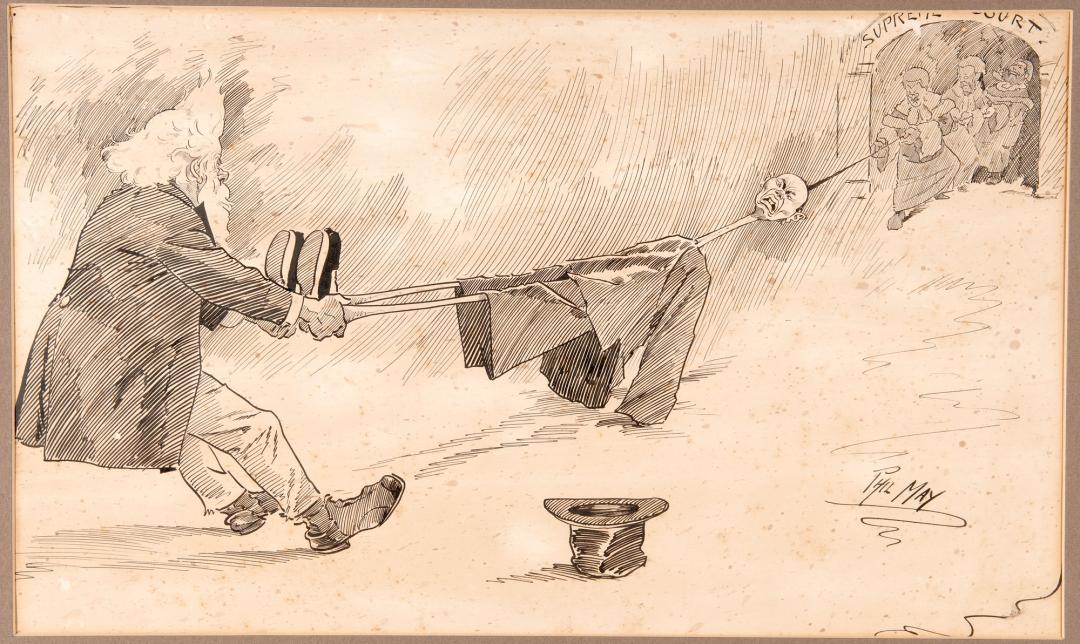