On 18 December 2011 an overcrowded vessel carrying asylum seekers sank off the east coast of Java. Forty seven people were rescued and an unknown number perished. David Pope’s surfie has all the hallmarks of the vitriolic and unremittingly angry Cronulla rioter from 2005, albeit modified with a feigned touch of remorse. 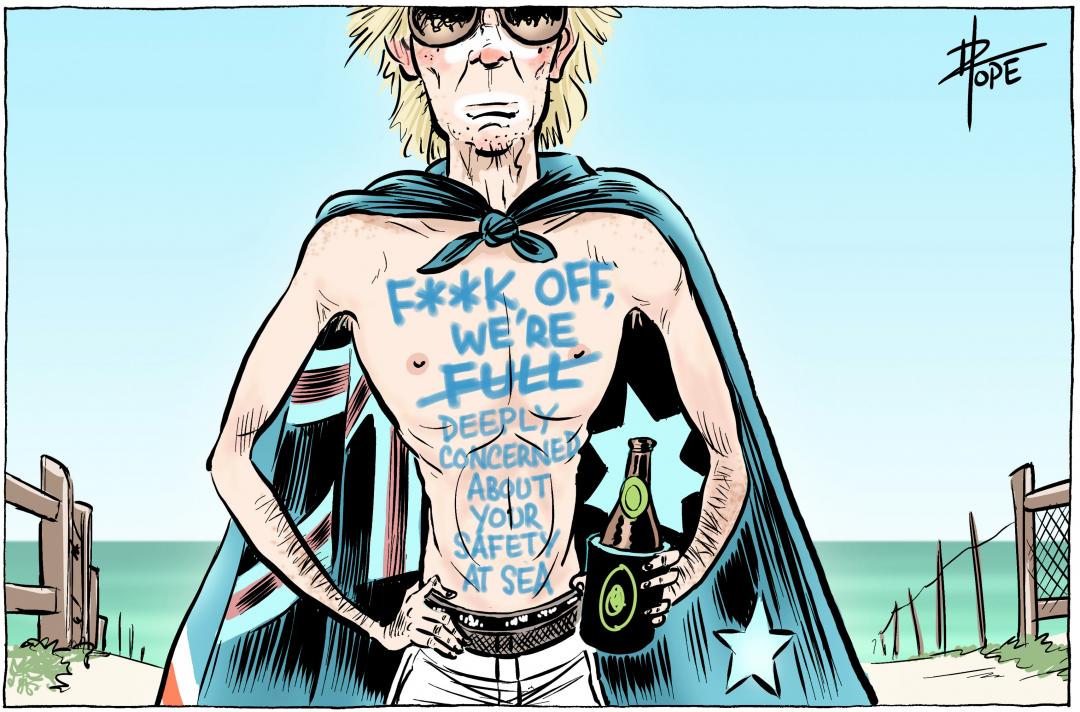