In 2011 Tony Abbott, the Leader of the Opposition, continued the ferocious campaigning style he had perfected during the 2010 election campaign. Opposing the government on every issue, Abbott sought to undermine its credibility. He repeatedly questioned whether the Labor Party had a mandate to govern and constantly attacked Gillard for reversing her position on introducing a carbon tax. Throughout the year cartoonists focused on the motivation behind Abbott’s strategy of relentless opposition. 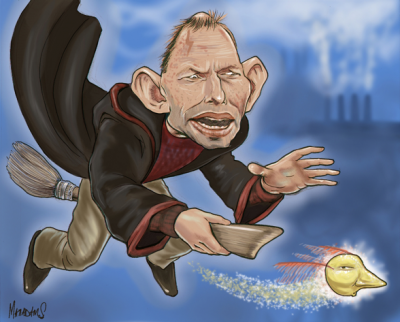 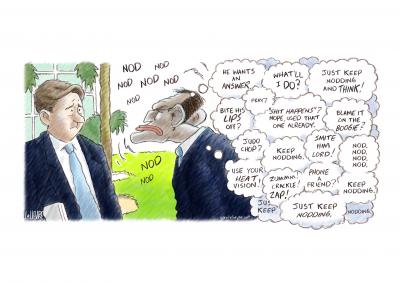 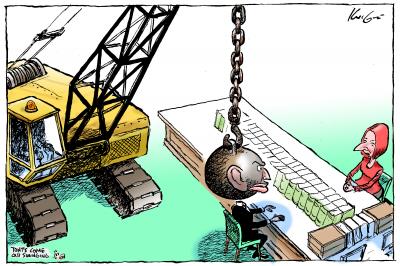 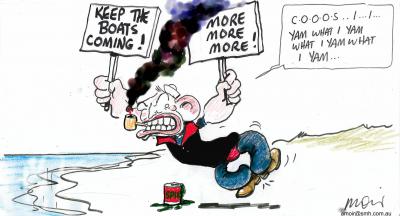 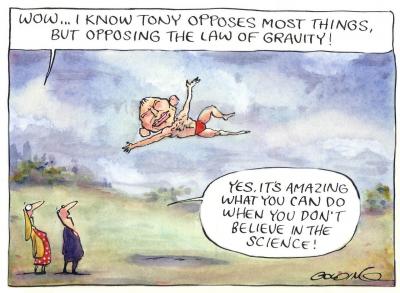 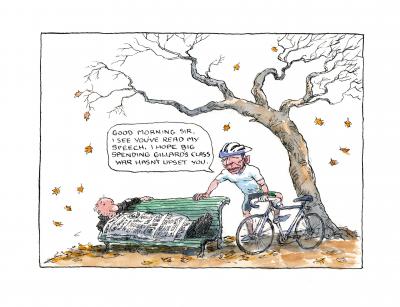 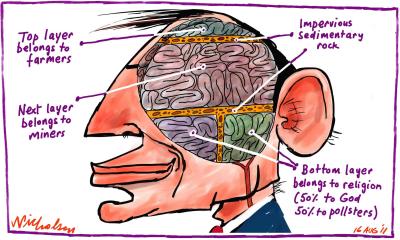 Abbott on Minerals Under Farmland