Despite being deposed as prime minister in 2010, Kevin Rudd continued to loom large in the national imagination in 2011. As support for Labor plummeted in the polls speculation began to mount that Labor would turn to Rudd for a solution to its woes. Repeated denials by Rudd that he had any plans to challenge for the leadership did little to scotch the rumours. For cartoonists, the possibility of the resurrection of Rudd proved to be an irresistible topic. 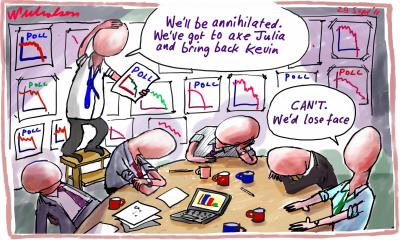 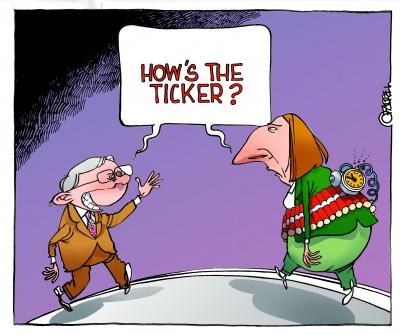 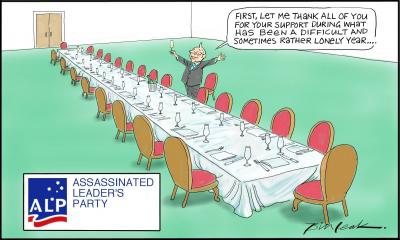 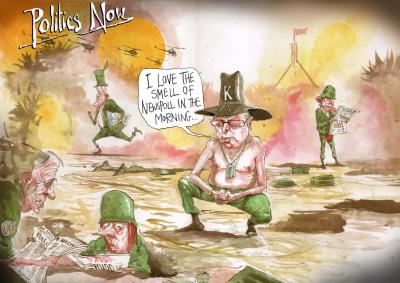 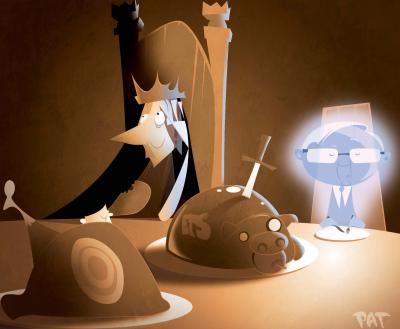 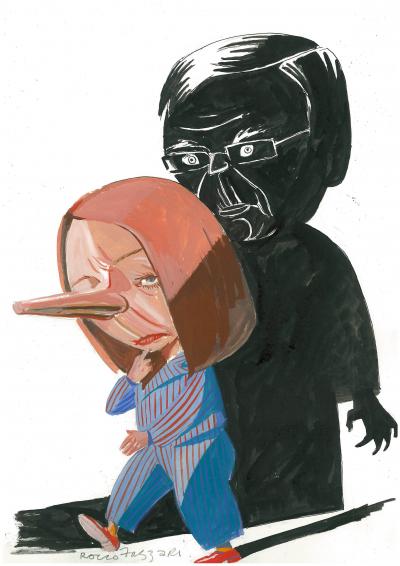 The legacies of leadership