One of the policies with which Robert Menzies and the coalition won the federal election in 1949 was a promise to outlaw the Communist Party of Australia. After the High Court ruled its legislation unconstitutional, the government returned to the issue in 1951 with an unsuccessful attempt to alter the Constitution to make a ban legal. This portrayal of Communists as being as equally destructive as the rabbit plagues of the early twentieth-century is completely sympathetic to Menzies. Cartoonists in 2011 continue to seek out the single, powerful image that captures the essence of an important national issue. 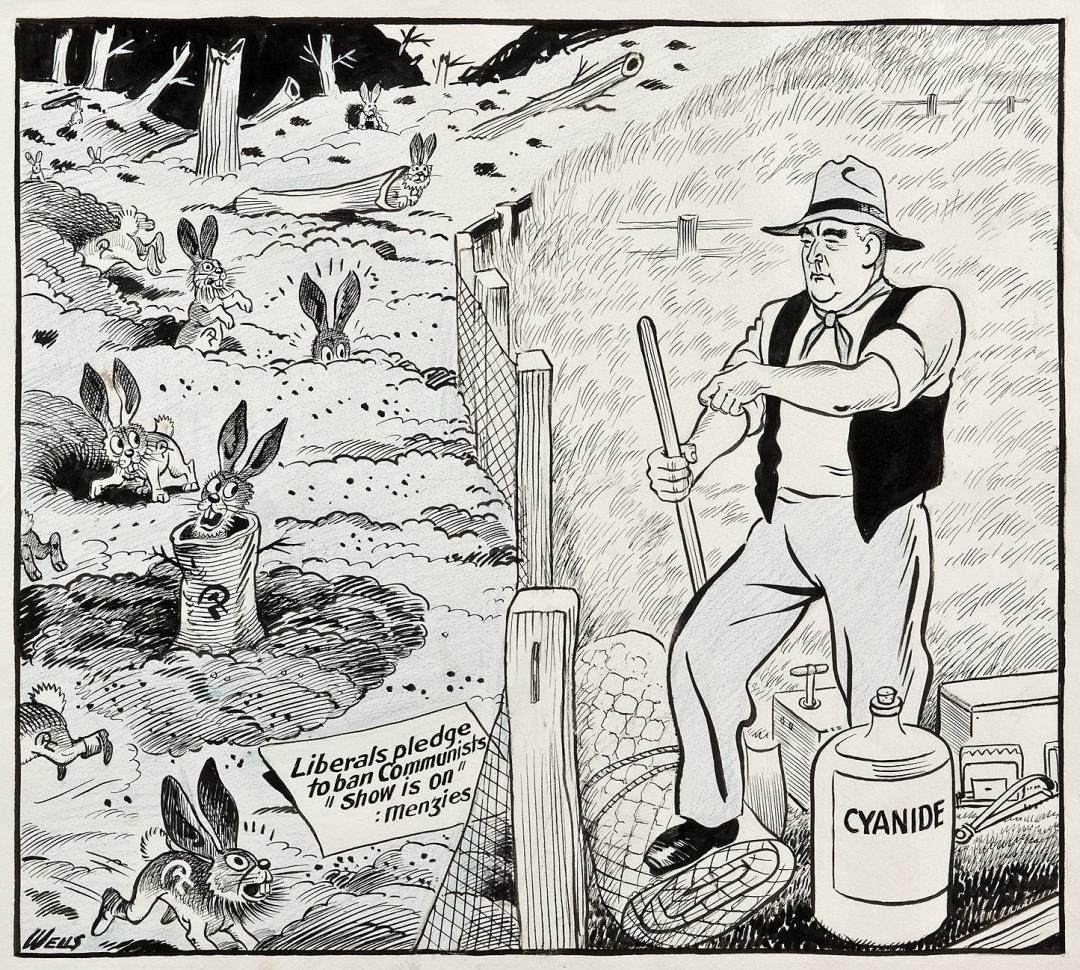