Although Alfred Deakin was the greatest Australian political orator of his day, and a key voice in the Federation movement of the 1890s, he had his fair share of enemies as well. This postcard probably dates from the period around Deakin’s ‘Fusion’ of the anti-Labor parties into the Commonwealth Liberal Party. George Dunstan was active as a political cartoonist in the period 1899–1922 and also worked as a journalist and a sign writer. Like many cartoons in 2011 this example tries to pierce through the public image to expose the real politician beneath. 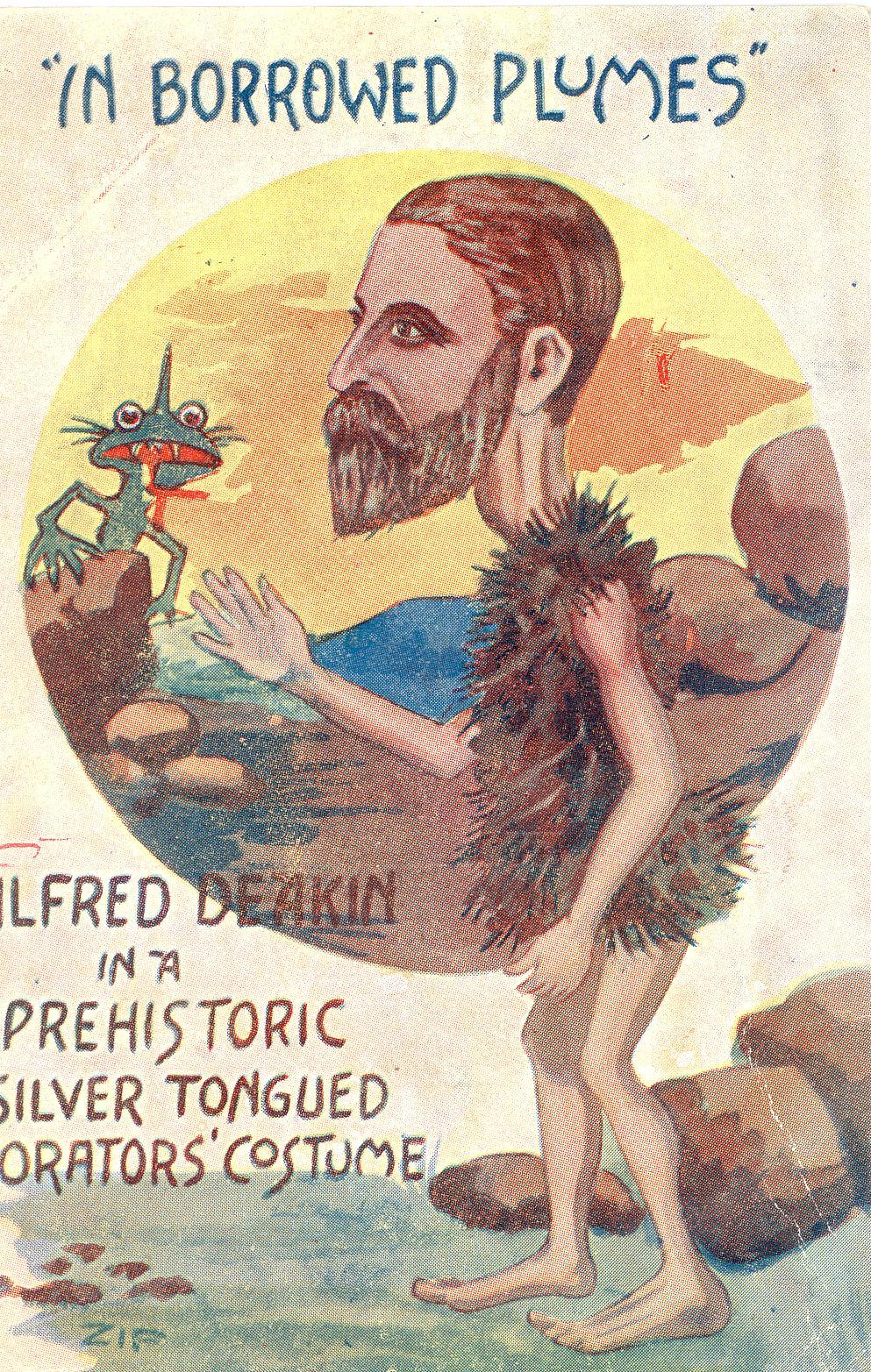